The femoral head, used with other hip replacement systems, is known to corrode, break, and leach metal ions into a patient’s bloodstream and surrounding tissue. Although the company recalled the product, injured patients are seeking their day in court.

Similar to other defective hip implant systems manufactured by Stryker Corporation, the LFIT V40 femoral head seems to be another example of the company’s rush to market a product with a questionable design and inadequate testing.

The LFIT V40 femoral head is an interchangeable component used with other components in various types of artificial hips. Made of metal, the head is screwed onto a corresponding metal femoral neck made by Stryker (with names such as Accolade TMZF, Accolade 2, Meridian, and Citation), to form what’s called a “taper lock” within the total artificial hip replacement system.

When surgeons perform hip replacement procedures, they don’t always know beforehand the sizes of components they will need. Because the LFIT V40 femoral head is offered in a range of “offsets,” doctors can make the selection in the operating room and attach.

Though promoted as a modular, time-saving solution, metal-on-metal contact between the LFIT V40 femoral head and the femoral neck component has caused the head to separate from the hip stem, fracture, corrode, and cast off metal debris into the body.

As a result, patients have experienced the following health hazards:

Frequently, corrective or “revision” surgery is needed to remove and replace implants, following by prolonged recovery, rehabilitation, and physical therapy.

Details of the Product Recall

If You’ve Been Injured by a Stryker LFIT V40 Femoral Head, You Need to Take Action

If you have experienced pain and complications after being implanted with an LFIT V40 component, you may be entitled to money damages to compensate you for your injury and necessary medical care and treatment. The law limits the time you have to file a lawsuit and protect your rights, however, so it is imperative that you contact an attorney right away.

Don’t jeopardize your health any further – call the Medical Malpractice and Personal Injury litigators at Sommers Schwartz today to learn how we can help. 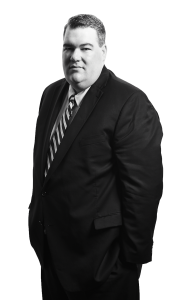